I started this series of works over the summer, and to revisit them makes for a different experience. This piece started off when I worked at a cupcake shop over the summer at home in Virginia. I was working at the shop’s booth at a festival, and I snapped a shot of the bundle of cloth decoration in the corner of the tent in between waiting on customers. This image intrigued me, so I further edited it while listening to “Nights in White Satin” by the Moody Blues. I included a photo of a drawing that I had doodled during a class in the spring, anxiously awaiting summer and riding the wave of spring revival. I layered a few shots of lace I had taken earlier in the year into the image, and I looked at it. A lot of this process was merely gazing at the picture and letting it be an escape, just as it would be for further viewers. I saw delicious tropical colors that confirmed the weather in June in Virginia and the essence of beautiful airy summer.
When I returned to this image in February, I printed it out large and noticed an area of the picture that was very intriguing to me. It hit me as a window to another dimension that my mind had either created or recognized; from my process I can say a little bit of both. This image was pleasurably and delightfully minimalist but it could not stand alone due to it’s pixilated nature, so I did a pen and ink drawing mimicking its edges and composition, and layered that on top. With this I bring together my refreshing relationship with summer, and definitive and tiresome repetition of winter.
PREV / NEXT   12 / 39
BACK TO EXPRESS SHOW 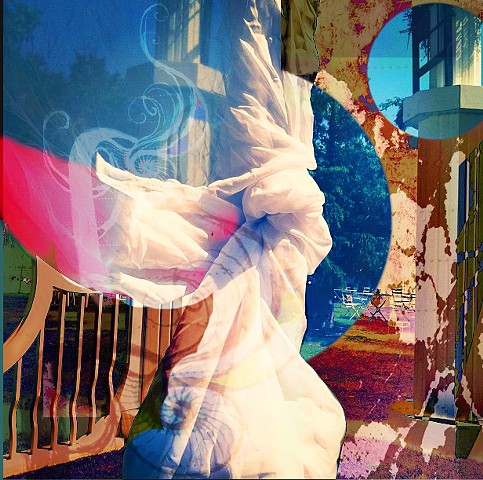