Ganesha is one of the best-known and most widely worshipped deities in the Hindu pantheon. Ganesha is widely revered as the Remover of Obstacles and more generally as Lord of Beginnings and Lord of Obstacles, patron of arts and sciences, and the God of intellect and wisdom. Ganesha emerged as a distinct deity in clearly recognizable form in the 4th and 5th centuries CE, during the Gupta Period, although he inherited traits from Vedic and pre-Vedic precursors. His popularity rose quickly, and he was formally included among the five primary deities in the 9th century.
PREV / NEXT   6 / 12
BACK TO KRISHNA DUTTA 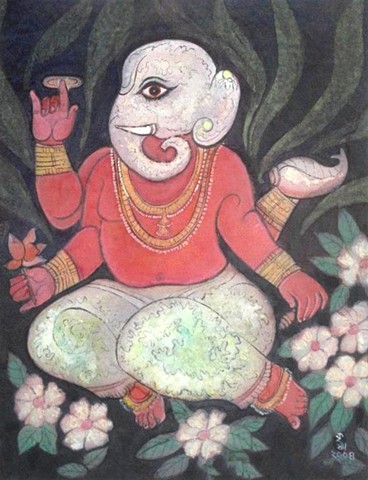